Hey affiliates!
New case study on how to work with Goolgle UAC and use it for Dating vertical


Many people think that only Gambling vertical already has taken place in Google UAC, but I completely disagree! There is still plenty of room for Dating vertical, I will try to prove it with my case today

Why did I choose to work with UAC?

Firstly, UAC is a trendy traffic source and now it’s definitely working better than others, I tried to explain it below. Secondly, I mentioned a low competition in Dating here in comparison with TikTok source. Usually the success of a UAC campaign depends only on your efforts, how well your app will work and whether you can attract the audience. To be honest there is enough traffic for everyone!

I took an application for android in a Telegram channel, where apps for Gambling and Dating are usually selling. Apps for my GEOs were available and a rental cost was 10% of the installs. I have no problems with moderation and all the difficulties with UAC were insignificant.

When I launched UAC, I already took a warm up and trust accounts, because if you use new accounts you can immediately go to the ban. So I used agent accounts from services like ZaleyCash.

You also need to know that there is no optimization in UAC. Targeting by installs is free and UAC selects the target audience based on the application that is used. So I need only to set a daily budget and a price for the install. As for targeting by registrations, the situation was more difficult. Here you’ll need a tool that transfers leads to your Google account, such as Adjust and Kochava (they aren’t free). Then to set up targeting I bought Adjust, set up a postback with iMonetizeit and linked Google account and tools. As a result, events were imported into account - in my case it was leads.

My conclusion from campaign targeting:

- targeting by installs is easier and works better

- targeting by regs is difficult, expensive and in my case - ineffective (Smartlink optimizes offers for traffic, Google optimizes traffic and appears issues. In addition, Google starts to cut traffic and it becomes extremely difficult to warm up the campaign.

In general, small optimizations concerned only creatives and texts, where I focused all the efforts.

I’ve optimized text due to the Geo I worked with. To pass moderation successfully I’ve chosen pictures with half-clothed girls, without any hint on adult content, and as a result that were the most converting pictures. Btw video creatives have good ROI as well. 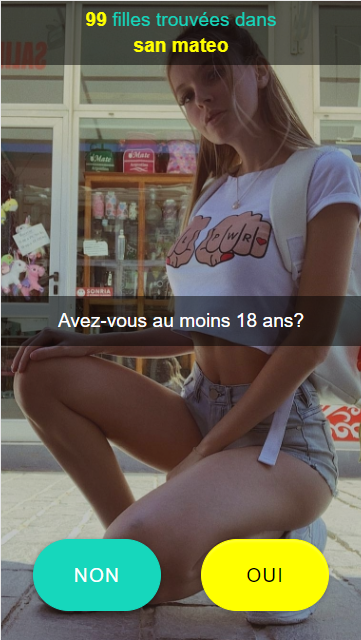 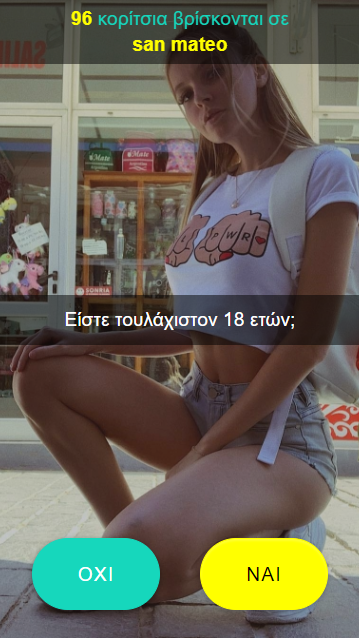 Usually I work with tier-1 countries and financially reliable Europe. France was at the top of my list because I had positive experiences in the past. My manager also recommended me for testing Greece and Croatia, as these countries were not so popular among other affiliates and there were rather good payouts on smartlink. This case shows that it’s possible to get good profit on geos with lower payouts and minimal competition.

The first tests showed a good price for install and I decided to increase the daily budget. Along with that I was permanently purchasing comments to raise my app at the top of the list. When installs were down I duplicated ad campaigns and changed promos.

Also I used push-notifications in my campaign because I should turn back users to the app. Push is a good way to remind about it. For the texts I used English or the local language.

I’ve got 7k conversions during the month which brought me $10751, average EPC was $0.17. France was at the top and worked out on 100%, however Greece and Croatia also showed good results. For me these countries became a discovery, so I proceed working with these geos in other campaigns.

UAC will be in-trend for a long time and now it's a good chance to get maximum from campaigns. Thanks to my AM who helped me a lot in launching this case. Hope my study case will help you understand how to work with that source.

iMonetizeIt said:
I’ve got 7k conversions during the month which brought me $10751,
Click to expand...

affiliate
thank you that was agreat method

hi good result for uac
can you show creatives?

affiliate
Bough App for Android which loads a webpage directly from the Internet -> This is what the App does right?
Geo Targeting was not possible because google auto-shows best people for the app to install -> It wasn't possible to region lock the Google campaign?
Used Tracker to show multiple offers using region detect to detect which worked best?
Agent Account from Zaley cash -> to auto load funds when campaign amount limit is reached?
Transfer leads from Google account using Kochava/adjust -> is this for IP based re-targeting ?
Set up postback with imonetizelt ? is this for the push campaigns after first unique click?
Events were imported into account leads-> does this mean there was opt-in? or how does this work?

I hope I'm not digging to company secrets with this lol

Administrator
affiliate
Dojo Master
@chrisinlight96 , you're asking great questions, that's how you learn and get to understand things.

Ask as many as you want or need to. If something is "secret", they'll tell you. Usually, people don't like to share their exact offer. Sometimes, there might be other sensitive information but mostly, they avoid competition for the offer they're promoting.

So, ask away. You're going to be really informed for your campaign success.

Ask Me Anything ROI 216% Google UAC on Dating iMonetizeit

Ask Me Anything Case Study: 2479$ on Dating Smartlink from TikTok
2

Share:
Facebook Twitter Reddit Pinterest Tumblr WhatsApp Email Share Link
Top
Attention: "role based name" email prefixes such as support, webmaster, info, contact, forum, service, affiliate, admin, traffic, partners, marketing, etc., for our member accounts are not permitted. They are acceptable for a vendor listing, but not for the member email. This is due to bulk email processors scrubbing them for delivery due to extremely high bounce rates. Please apply for membership using a personalized email prefix. Something like bob@xxxxx.com. If we discover you signed up with a role based name we will give you only one message to change it. After 3 days your account will be removed if the email is not changed.
Continue