T J Tutor said:
to some extent
Click to expand...

the game is already over

affiliate
You guys don't understand the difference.
The current bots on social media are posting bots. They DO NOT REACT individually in each thread to the other content that real users post.
They just post preprogrammed messages to preprogrammed threads.

An AI bot could 'read' the content and create its own prompts and output a reply that is relevant but misleading.
Did you take the time to watch that video?

affiliate
AffKit Ninja
yea watched the video
we will lose
enjoy the sunsets
--> while you can still see the sky
personal opinion?
this has happened before
its a infinite loop
all we are is a variation

affiliate
Time to adapt or die (again).
There are opportunities in every change of some status quo
You need to be better than the 'other guy' or 'the old way'

affiliate
AffKit Ninja
at edge of knowledge
lays our inability to comprehend infinity
we are tourists of the infinite loop
just goes around an around
enjoy the ride
doesnt last long
--> until the next one!

It's just another form of automation. The 1811 sabots being flung into the cogs of machinery didn't stop automation then, we won't stop it now. I think finding a way to fit into the landscape is the path of least resistance most of us take. I just want to continue to earn and I'll make the necessary adjustments, but I will not go to AI for my content, that will continue to be my line in the sand I think.

Graybeard said:
They DO NOT REACT individually in each thread
Click to expand...

See, this is being done.

I programed a Twitterbot 4 years ago to post on a random schedule to my user feed this is nothing new.

AI would be very different. It could programmatically make some argument in reply to what i just said. That part would not be AI in respect to the event activation --only the content of the reply would be AI.

AI produced explanation: Machines with AI would be very different from machines. It could programmatically make some argument to what i just said. That part would not be AI in respect to the event activation --only the content of the procedure reply would be AI.
Pretty good for unedited 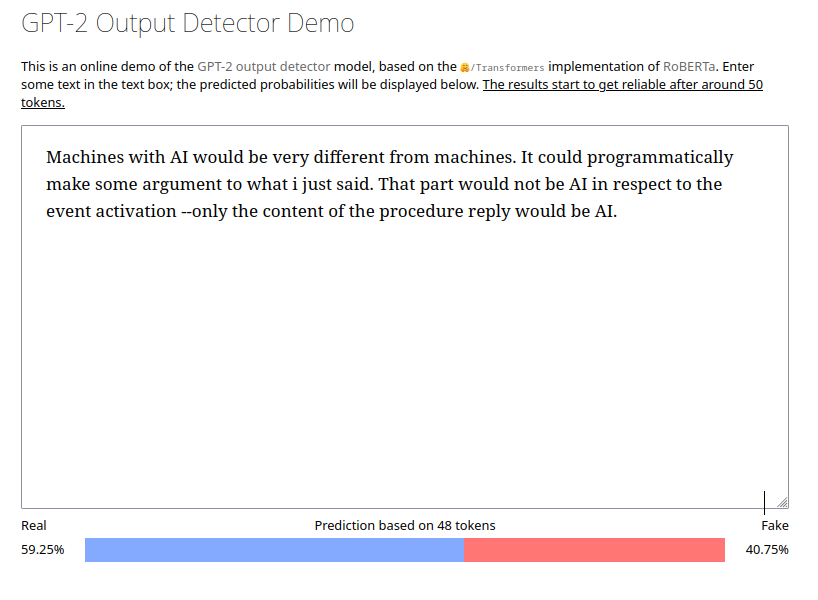 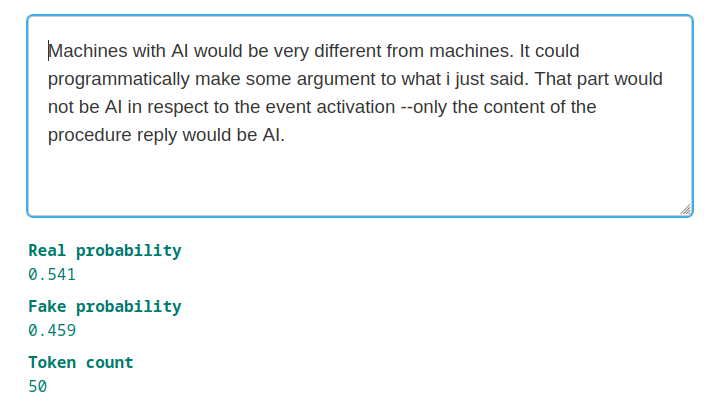 Looks like unedited my AI beat their AIs by 6% or 9% Probably the nature of my prompt statement?

>>> (Reuters) - Google's parent Alphabet Inc ( GOOG ) is cutting about 12,000 jobs as it faces "a different economic reality", it said in a staff memo, doubling down on artificial intelligence (AI) and axing staff who support experimental projects ...
... Alphabet, long a leader in AI, is facing competition from Microsoft, which is reportedly looking to boost its stake in ChatGPT - a promising chatbot that answers queries with human-like responses.
Advertising dollars, Alphabet's mainstay revenue source, meanwhile, is feeling the squeeze from businesses chopping budgets as consumers pull back spending.
"It is clear that Alphabet is not immune from the tough economic backdrop, with worries about a U.S. recession growing," <<<

So what will the counter measures be --how will that influence SEO and SERP returns? And of course, SEO referrals? Big Question.

Big layoffs throughout most all of the mega companies recently.

affiliate
I really don't think it is a simple as laying off surplus employees, for companies having market dynamic issues, that will be called back in the near future.

AI is going to become the workhorse of many digital enterprises. For now AI is the grunt worker and highly skilled humans are AI's taskmaster --but in 10 or 20 years? All bets are off.

affiliate
I wonder how this is going to influence morale and also SEO algorithm tweaking? Can you jam your staff without some backlash?

>>>Some of the 12,000 staff whose roles were cut by Alphabet CEO Sundar Pichai on Friday included both high performers and workers making seven figures, The Information reported.

Google managers, who spoke on condition of anonymity, told the outlet that some who lost their jobs included those with high scores on performance reviews or in managerial positions earning between $500,000 and $1 million a year.<<<


Some Google workers who've been laid off earned as much as $1 million a year, report says

affiliate
Google recalls it's founders --to meet the AI threat 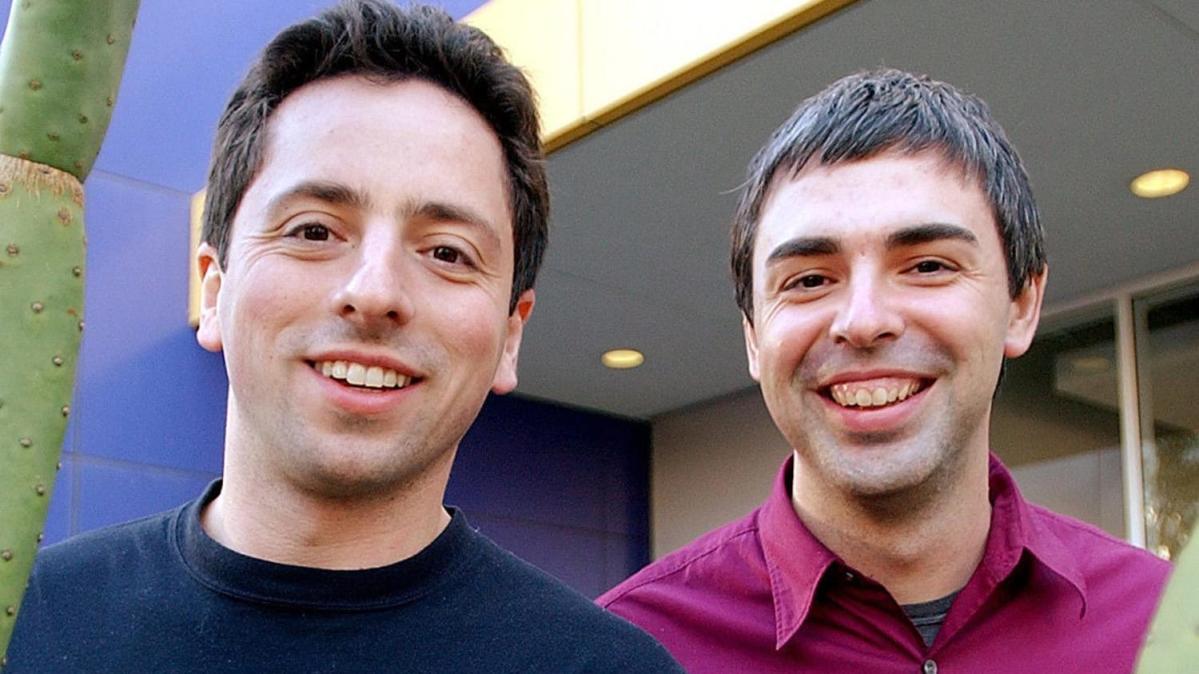 affiliate
Interesting clarification on the status of AI content and search rankings and exclusions:

What Is the Google Knowledge Graph?

Today at 3:52 AM
Honeybadger