Hi everyone, today we want to share work of our partner with IVR offers. They’re quaite new at Dating and Sweepstake verticals, so the result was remarkable for him.

I took Geo Tier 3-4 and sent traffic from these countries directly to IVR Dating offers, for campaigns I selected 3 locations. Also I chose the main options: EPM and the available traffic volumes in these countries.

Then I launched the A/B test between Dating and Sweepstakes IVR offers. The table below shows that although the volumes of traffic aren’t the most impressive, they already allow us to make some conclusions.


While the IVR Sweepstakes were performed better, the rest of the campaign was spent using this vertical.
At the beginning of the tests I had 9 offers. During the working week I splitted equal amount of traffic between all products. And at the end of the week, I left only two offers with the best performance and in addition I took one more offer in case of unforeseen events.
Below I’ve added screenshots of a flow which appears for users 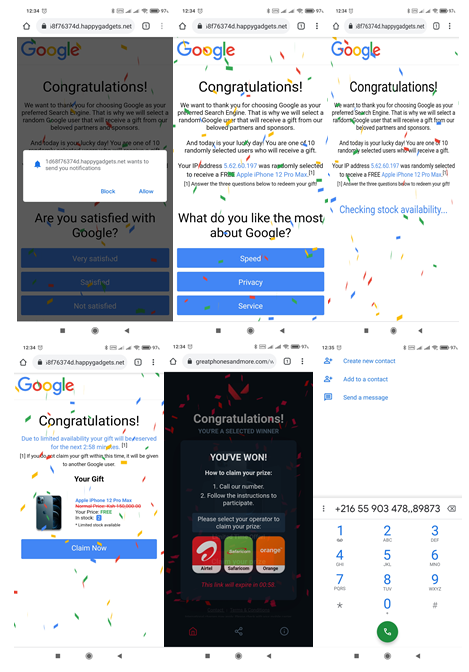 I’ve chosen products which I will promote using push notification. The next step was analysis of how preland influences the final EPM of the campaign. I used 3 jumps and for my surprise they reduced final performance by 20%. 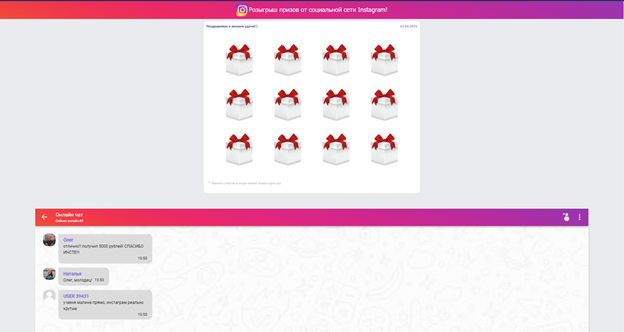 I came to the conclusion that running traffic directly to the offers is more profitable. Kenya had the highest result.

Some words about push and creatives.

I made 24 push notifications per day, which user gets every hour. At the start 24 creative were set up with random rotation. The platform sent Push independently, but the number of impressions was equal for each Push notification.
All the creatives had a common trend, the similarity with popular social networks and the text “That’s great, you win! Just click and grab it".
The optimization of creatives was based on CTR. After a week, only 12 creatives were left. So I add 12 more creatives with a completely different CTA. This time I used girls, money and various expensive devices on the pictures.

But as it turned out, the new CTA wasn’t clickable at all. There’re screenshots of failed creatives.


The simplest CTA was the most clickable. After analyzing creatives and texts, I mixed them together, and as a result, about 10 creatives worked till the end of the test. The overall CTR was pretty good and there were no outsiders among the push notifications, so further work consisted only on tracking the statistics.

CPC was counted by minimal bid on Exoclick on April, 14

Conclusion
1. IVR vertical opens great opportunities for monetization of cheap CPA traffic from Tier 3-4 countries, it's an excellent start for newbies in affiliate marketing/ media buying.
2. Rather comfortable Geo for testing languages and funnels.
3. Small budget because of low competition and low price for push notifications
4. Good range of offers.
5. Using a more detailed approach, you could get a higher ROI.

1. All creatives were in English. A large amount of traffic was Spanish speaking audience, however I didn’t take a split test on that geo. So, I think that using relevant languages will grow CTR at least by 20%.

2. The main feature of IVR offers is that after clicking on the push, you immediately go to SMS or call the field with a ready text/number (during the tests, I almost twice took part in winning the phone). It means that if a user is inattentive or clicks badly on the screen of his smartphone, a conversion may count, so you can try some aggressive adult pictures or texts.

3. I continue working with these offers to Geos, but I actively mix push traffic in PPS offers as well.

4. If you have the technical ability to track EPM of each creative, then it is better to focus on it than CTR.

What do you need to get money?

1. Sign up to imonetizeit.com
2. Grab IVR offers (CPA/Smartlink)
3. Go to any ad network that is ready to sell push to your Geo (as an example traffichunt.com)
4. Set up the campaign
5. Launch.
After the work you need to count the ROI. In the case of negative ROI, you make optimization, in the case of positive ROI, we repeat point 5.

Ask Me Anything LATAM offers on Snapchat - 31% ROI - Case Study