Case Study A working funnel for dating with 51% ROI: Zeydoo and TacoLoco 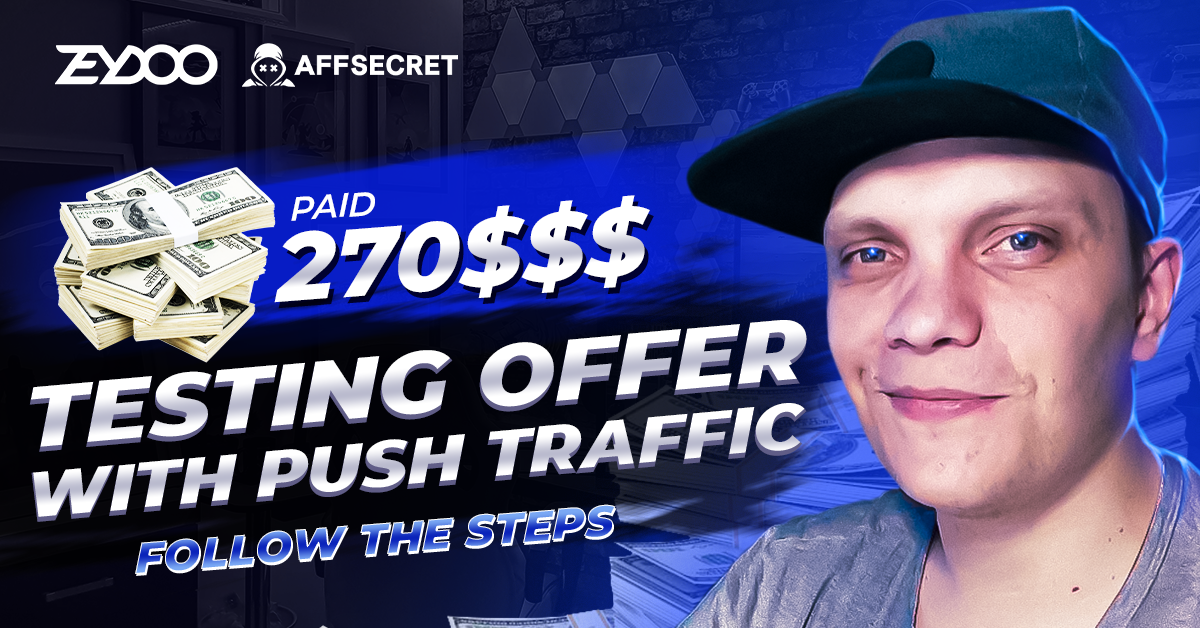 We sometimes hear that push traffic is not what it used to be anymore and is almost dead. So we’re here to bust this myth with a brand new case from a media buyer working with our offers (check out his YouTube channel here). He found a working funnel with 51% ROI that is still going strong (and didn’t spend much on the tests – around $204, which just proves media buying is accessible to anyone willing to try).

Affiliate network: Zeydoo (with +20% to the first withdrawal for new publishers)

Tracker: PeerClick (with a month for free after you register through the link)

It’s all pretty easy: found the offer, tested it, got the money. And now let’s see the steps (the rest of the article is from the media buyer’s perspective).

Why this network and offer?​

I’ve known of Zeydoo before since they’ve been around for a while, and I saw their new special offer for new publishers (and old publishers who haven’t worked with them for a while) that gives +20% to the first withdrawal. In addition, if you send more than $500 – $1,000 a day, you can get up to +$2,100 to your profit. They have a big variety of offers: dating, mobile apps, antiviruses, utilities, gambling etc.

For those working with sweepstakes – here is a useful article from Zeydoo that shows how to work with this vertical during the holiday season. I used to work with it a long time ago, but didn’t get great results, so I might try testing it again.

To be honest, I didn’t do a thorough research on the GEO or the competition (so you don’t really need spy services that much to be earning money). Just when I went to Zeydoo, I asked my personal manager to recommend me an offer. 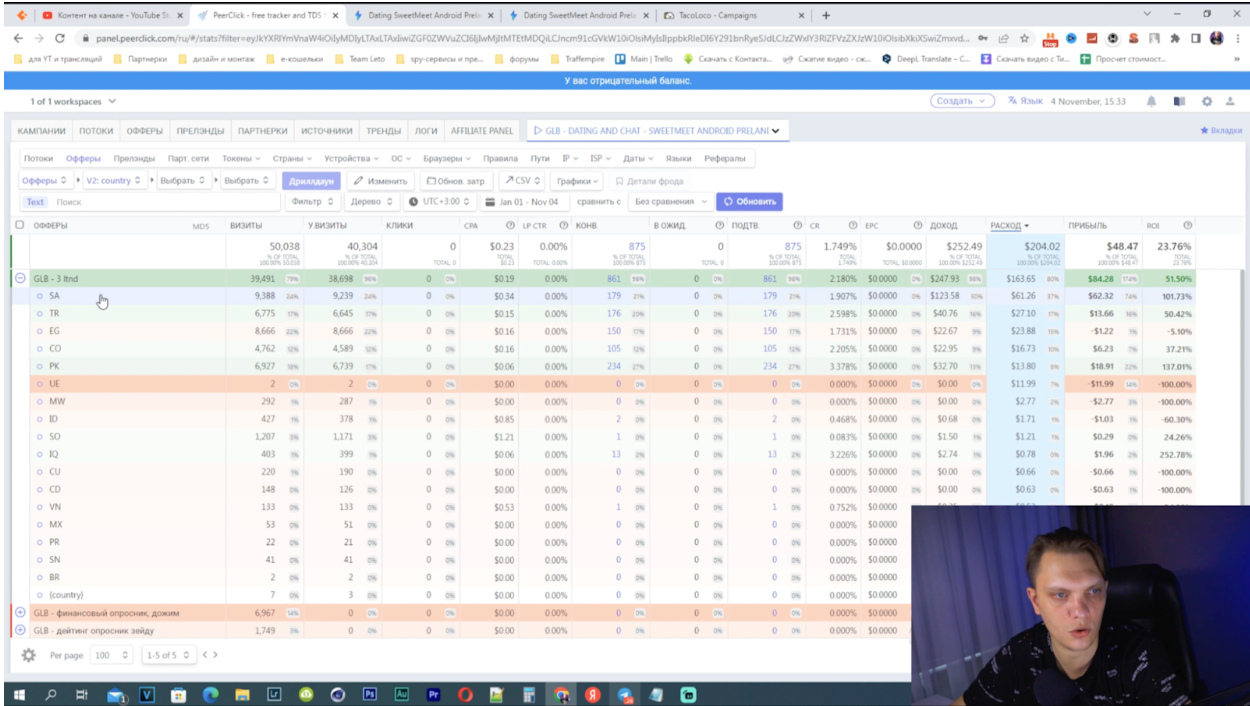 He recommended Dating SweetMeet Android. Why I chose it:

To get money for the offer, I needed exactly $200 to see the quality of traffic.

Examples of creatives that I used: 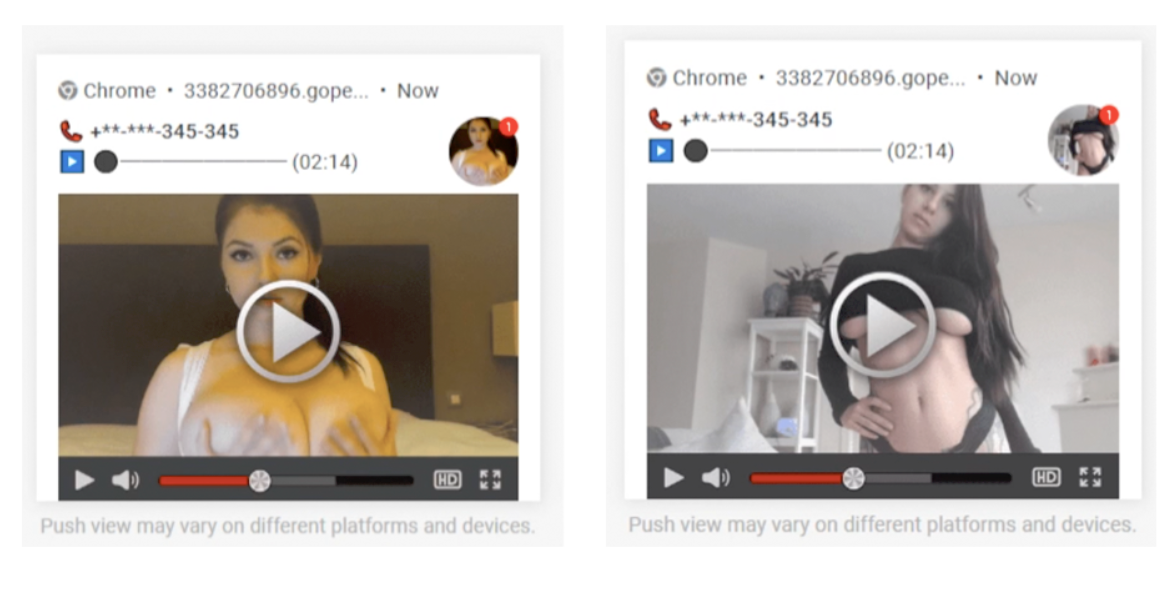 I used two approaches. One from the screenshot above: a screenshot from a video + a hidden telephone number and an imitation of a voice message. The second: a classical dating creative with a half-naked girl hiding her face. Creatives with no face in them help to work with several GEOs because the user doesn’t see a girl’s nationality and the ad will likely convert better.

Now let’s see why I chose TacoLoco as my traffic source:

All I needed to do was to go there, top up my balance and start testing. Obviously, I chose push notifications as my traffic type. And this was the goal of this experiment – to show that you can work with push and get your profit. No need to complicate things – just do them.

I started testing with a wide range of GEOs: SA, IQ, PK, CO, TR (see the screenshot). I started with small budgets to see which countries convert better. Once I found the funnel I started scaling with adding new campaigns. As you can see, it’s quite easy. 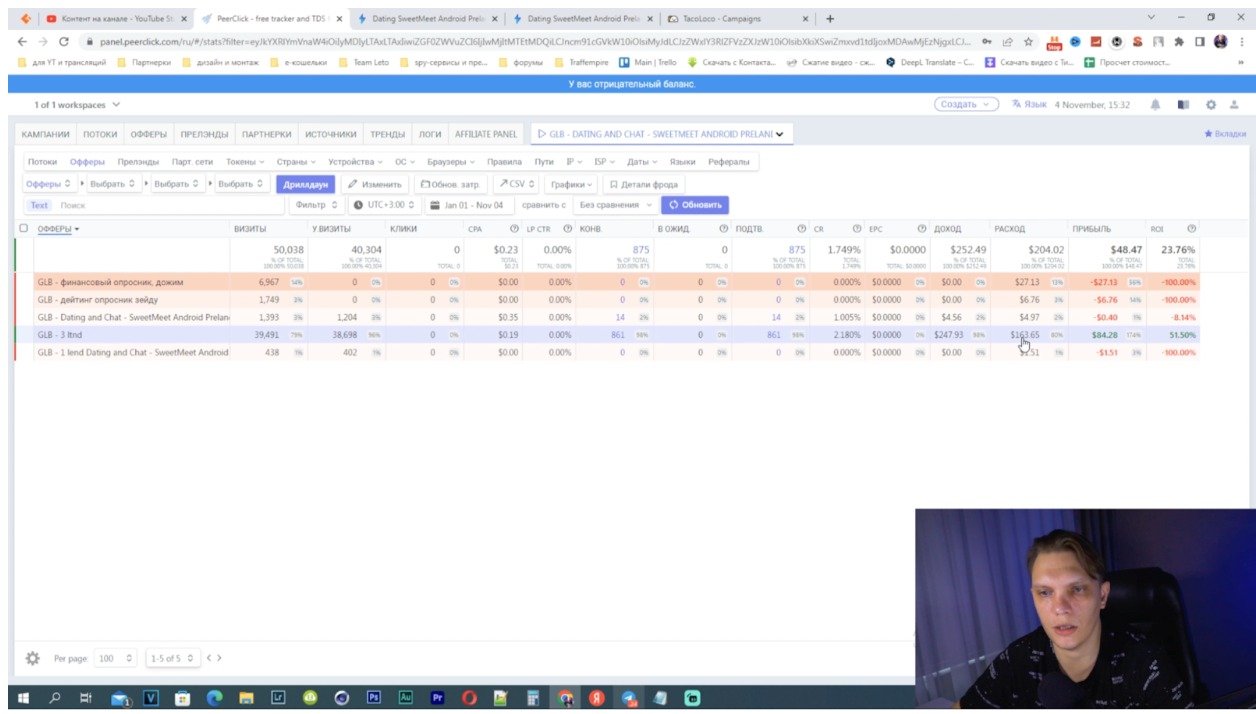 During tests I also added 3 new pre-landers that Zeydoo had, two of them I turned off after a while because they didn’t convert well with my campaign. This is a screenshot of a landing page with the best CR. 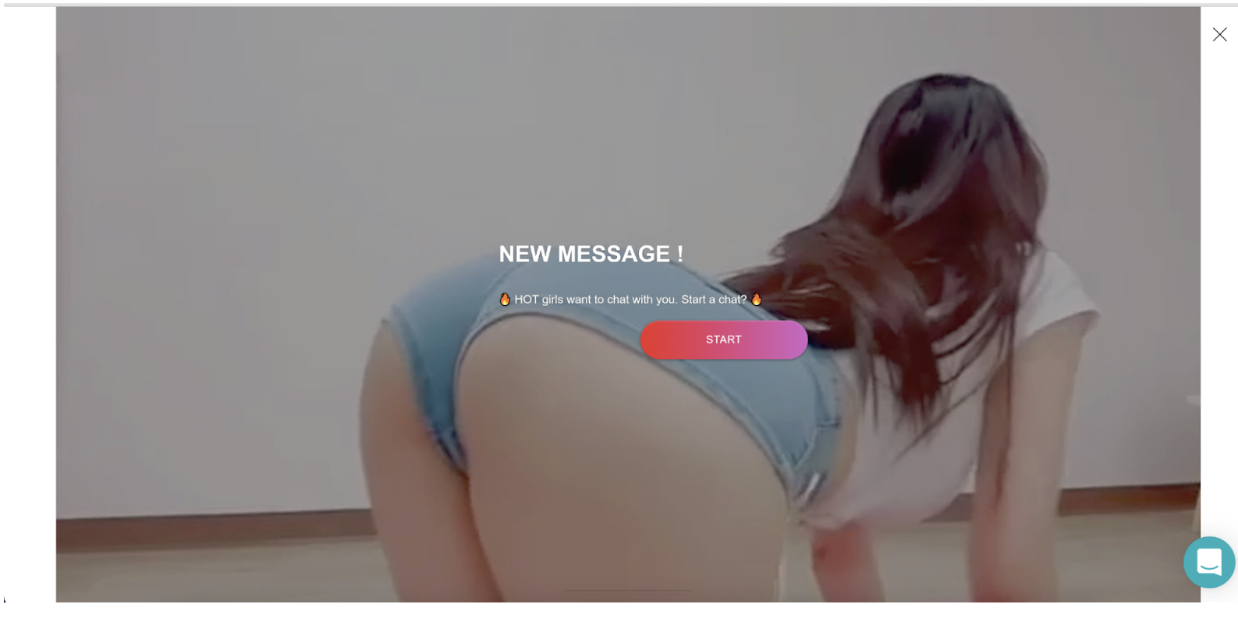 If you want to know more about how I set up PeerClick tracker, you can go to this video on my YouTube channel (with English subtitles). The tracker gives 100,000 clicks a month for free, so check out my video and set it up with me.

In the screenshot you can see that the general ROI during tests was 23%, but then I found this working funnel with 51% ROI and it’s still going strong. To start making profit with push traffic and dating, you just need to test more offers and GEOs, change approaches and then you’ll find your perfect setup.

With tests I managed to find at least 3 GEOs with ROI higher than 100% so I knew what I had to do during scaling. What’s more, the general profit was higher since I turned off countries that performed worse.

Now, as you see, it’s quite simple. Just choose trustworthy advertising and affiliate networks and test.

Share:
Facebook Twitter Reddit Pinterest Tumblr WhatsApp Email Share Link
Top
Attention: "role based name" email prefixes such as support, webmaster, info, contact, forum, service, affiliate, admin, traffic, partners, marketing, etc., for our member accounts are not permitted. They are acceptable for a vendor listing, but not for the member email. This is due to bulk email processors scrubbing them for delivery due to extremely high bounce rates. Please apply for membership using a personalized email prefix. Something like bob@xxxxx.com. If we discover you signed up with a role based name we will give you only one message to change it. After 3 days your account will be removed if the email is not changed.
Continue