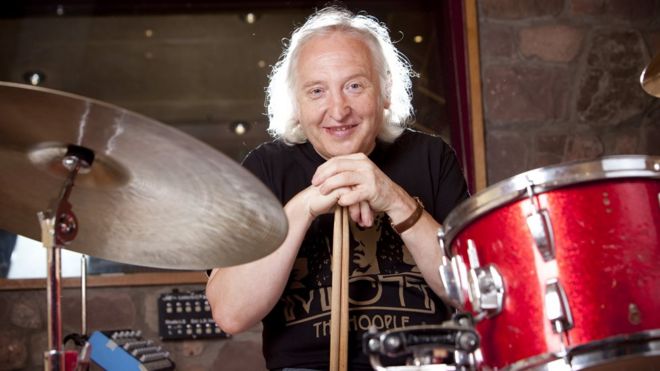 He was a founder member of the group, best known for classic tracks Roll Away The Stone and All The Young Dudes.

The latter was written and produced by David Bowie, who sang backing vocals on the track.

The band, who made eight albums during their five-and-a-half year existence, reformed to mark their 40th anniversary in 2009 - but Griffin was too ill to take part.

Read more Mott The Hoople drummer Griffin dies aged 67 - BBC News
Share:
Facebook Twitter Reddit Pinterest Tumblr WhatsApp Email Share Link
Top
Attention: "role based name" email prefixes such as support, webmaster, info, contact, forum, service, affiliate, admin, traffic, partners, marketing, etc., for our member accounts are not permitted. They are acceptable for a vendor listing, but not for the member email. This is due to bulk email processors scrubbing them for delivery due to extremely high bounce rates. Please apply for membership using a personalized email prefix. Something like bob@xxxxx.com. If we discover you signed up with a role based name we will give you only one message to change it. After 3 days your account will be removed if the email is not changed.
Continue