First of all I will like to say HI and tell you I APPRECIATE that you are trying to search for an oportunity to make real money.
real company – trust me

So I will try to develop the basics ideas:

Ilgamos invites you to invest in GOLD and ILCOIN.
Make your own gold reserve and join other investors in digital coins.

1. Why gold?
When you think about gold you can feel the idea of getting rich. Gold brings power and financial stability for thousands of years. So with other words, when you have gold you have money. Ilgamos program include investing money into gold reserve and get some benefits. (this is the best plan to reserve part of the money you earn with crypto coins).

3. About the company
Ilgamos is a group of young and dynamics companies estabilished in Arab Emirates, Germany and Hong Kong. Ilgamos is the first marketing system with easy ways to invest money in gold, with guarantee of giving a part of the money back. ... and now let’s get to the interesting part...

4. Products
I will skip the part with buying gold and get to the Ilcoin part.
By making an account , you become an ilgamos partner. You will have your own weboffice. (I will explain everything if you are in to make sure you can handle it!)
Next step is buying a package. You will get OPR (“optional purchasing rights”) points which is the “entry ticket” to the ILC mining pool. You will get 4 times OPR numbers your reward for participating at mining!

When you convert OPR in ILC you will get 7.1 ILC for every 5 OPR. 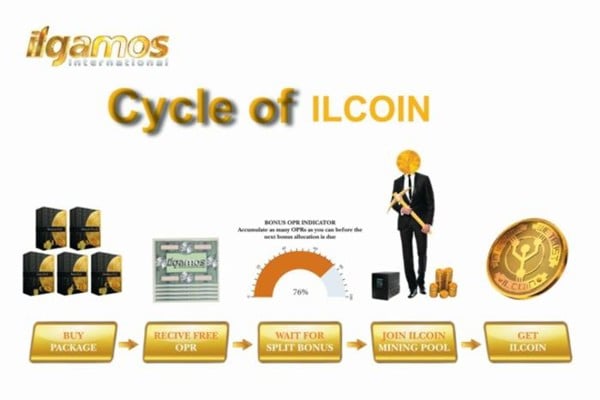 Diagram is designed in two legs and you get next commissions: 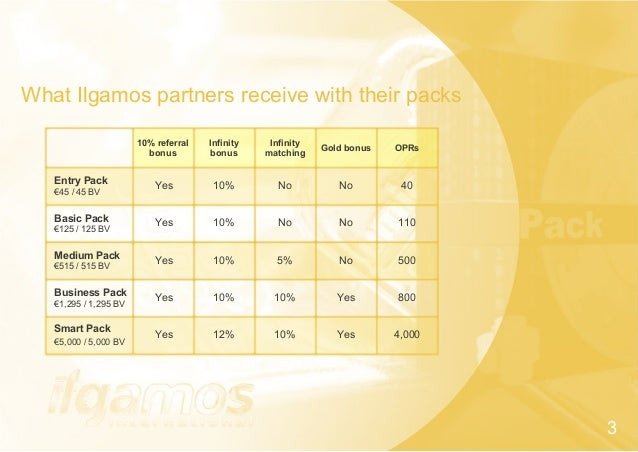 Overall, that’s what I have to offer, I will support you, help you and teach you best strategies for this kind of MLM. Send me a message or write an email – cristian.timariu@gmail.com – if you decided to become Ilgamos partner I will show you how!

Facebook Twitter Reddit Pinterest Tumblr WhatsApp Email Share Link
Top
Attention: "role based name" email prefixes such as support, webmaster, info, contact, forum, service, affiliate, admin, traffic, partners, marketing, etc., for our member accounts are not permitted. They are acceptable for a vendor listing, but not for the member email. This is due to bulk email processors scrubbing them for delivery due to extremely high bounce rates. Please apply for membership using a personalized email prefix. Something like bob@xxxxx.com. If we discover you signed up with a role based name we will give you only one message to change it. After 3 days your account will be removed if the email is not changed.
Continue