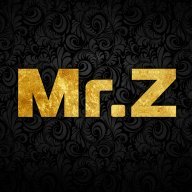 affiliate
Attention: "role based name" email prefixes such as support, webmaster, info, contact, forum, service, affiliate, admin, traffic, partners, marketing, etc., for our member accounts are not permitted. They are acceptable for a vendor listing, but not for the member email. This is due to bulk email processors scrubbing them for delivery due to extremely high bounce rates. Please apply for membership using a personalized email prefix. Something like bob@xxxxx.com. If we discover you signed up with a role based name we will give you only one message to change it. After 3 days your account will be removed if the email is not changed.
Continue